BioStat® report supports the Polish Association of Diabetics in the parliament 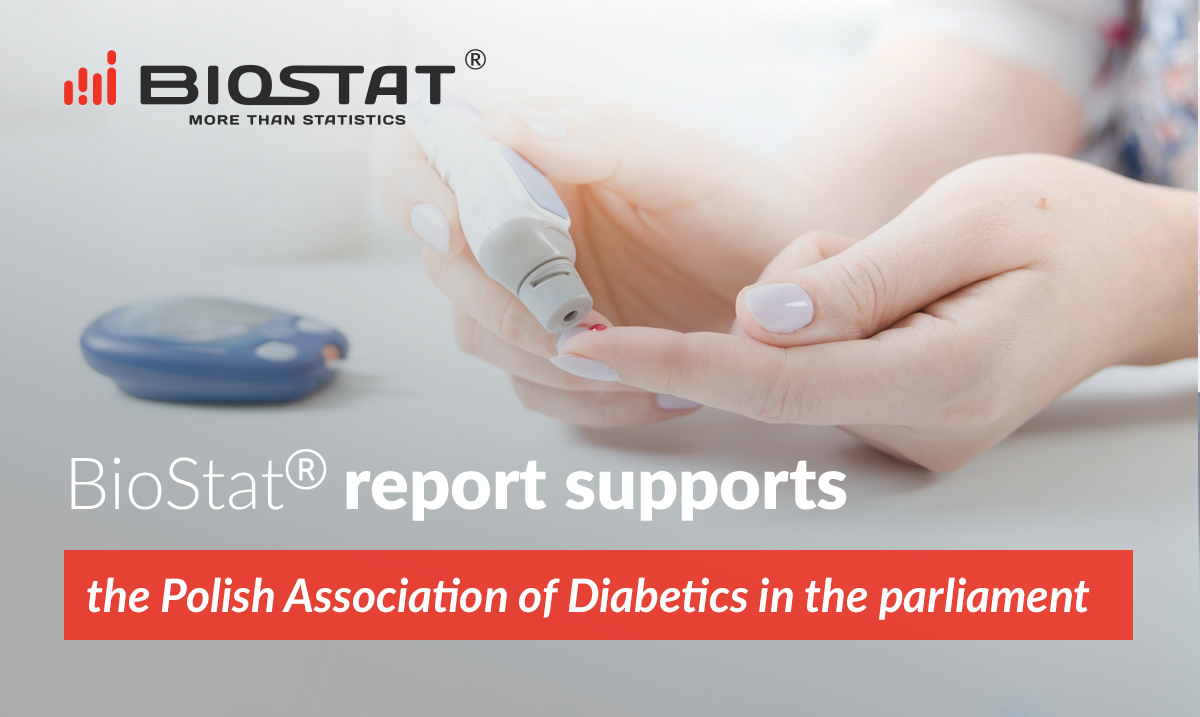 The report ‘Diabetes. Health needs analysis’ [Cukrzyca. Analiza potrzeb zdrowotnych] carried out by BioStat® within the ‘We all race against Diabetes’ [Razem Ścigamy się z Cukrzycą] campaign, was presented on July 3, 2019, in the Polish parliament at the meeting of the Parliamentary Association for Diabetes.

The conclusions of the study were summarised by Anna Śliwińska – President of Board of the Polish Diabetes Association, and the practitioner’s opinions were presented by Alicja Milczarczyk, PhD in Diabetology. Opinions summarising the study results were expressed in the report by Professor Maciej T. Małecki, MD, PhD and Jakub Gierczyński, MD, PhD, MBA, healthcare system expert. The discussion in the parliament was chaired by MP Lidia Gądek. Among the participants, there were also Professor Dorota Zozulińska-Ziółkiewicz and Małgorzata Marszałek, a spokesperson for the Polish Diabetic Association.

Diabetes and its complications are serious health problems. The study showed that it is necessary to raise public knowledge of this disease through extensive educational activities. Thanks to them, the number of preventive examinations will increase – which will contribute to a greater level of diabetes diagnosis and in the case of people with diabetes – it will help prevent the complications from happening. However, people with diabetes expect easier access to modern medicaments, including those with proven effectiveness in preventing the progression of cardiovascular complications. There should be a change in the current way of perception on the modern therapeutic methods as long-term investments, not interim costs.

The BioStat® study was conducted using the method of Focused Group Interviews (FGI) among people with type 1 and type 2 diabetes diagnosed, aged up to 45 years and more, living in cities from 10,000 to 50,000 inhabitants, from 51,000 to 100,000 inhabitants and from 101 to 500 thousand inhabitants, as well as among specialists, diabetologists and primary care physicians.

The report from the BioStat® research ‘Diabetes. Health needs analysis” was published on the Polish Sejm website, in relation to the meeting of the Parliamentary Association for Diabetes